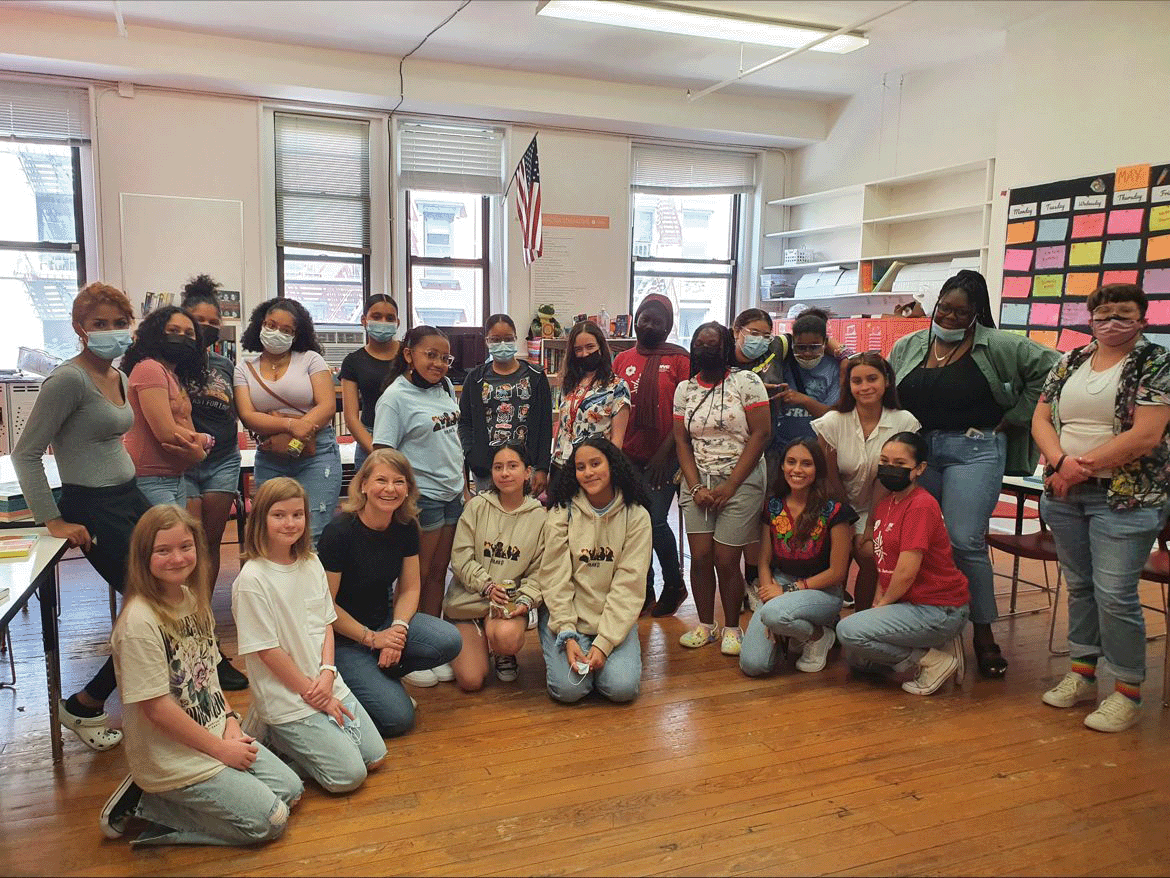 Brydie and her kids volunteering at One to World’s Global Classroom program with Grand Street Settlement (photo used with permission).

Earlier this month Prof Brydie-Leigh Bartleet returned from the U.S., where she has been a Fulbright Scholar at New York University (NYU) for the past three months. At NYU she worked with her host Prof Barbara Hesser on a program of research that builds on the Music as a Global Resource Compendium they produced for the UN’s 75th Anniversary, and enriches her current ARC Future Fellowship at the Creative Arts Research Institute Griffith University, The Creative Change Project, which focuses on the role that music can play in addressing entrenched social inequalities.

During her time in the U.S. Brydie met with many leading musicians and arts organizations (such as Carnegie Hall’s Weill Music Institute, Music on the Inside, Arts for Art, Positive Exposure, Decoda, and the Centre for Artistic Activism, amongst others) and explored how the arts can assist in addressing pressing social issues. She exchanged ideas around social justice-oriented practice, research, evaluation and impact with colleagues at a range of institutions and bodies (including NYU, Manhattan School of Music, Boston University, National Guild of Community Arts Education, Americans for the Arts, the Global Leaders Program, and the United Nations). Brydie shared her research through keynote presentations, workshops, seminars, classes at NYU, and volunteering with social purpose NGOs (including NYC Urban Outreach Centre’s food pantry and One to World’s Global Classroom with Grand Street Settlement), and built connections with a wide network of colleagues she hopes will lead to fruitful collaborations in the future. 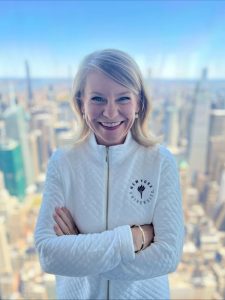 During her Fulbright she also soaked up a range of arts and cultural experiences, including the Jean-Michel Basquiat ‘King Pleasure’ exhibition, Common receiving the Harry Belafonte Voices for Social Justice Award at the Tribeca Film Festival, Brett Dean’s opera Hamlet at the Met, New York City Ballet’s Stravinsky Festival, the Kandinsky exhibit at the Guggenheim, Ford Foundation Centre for Social Justice’s ‘Everything Slackens in a Wreck’ exhibition, visits to Broadway, John Williams conducting his music at Carnegie Hall, the ‘In America: A Lexicon of Fashion’ exhibit at the Met, summer stages (including Robert Glasper at Washington Square Park, The Missing Element at Bryant Park and Baker Boy on the Aussie BBQ Stage at Central Park), and squeezed in short trips to Washington D.C. and Texas. She will never forget playing her trumpet for Taps Across America on Memorial Day, nor the Macy’s Fireworks display on the East River for the 4th July.