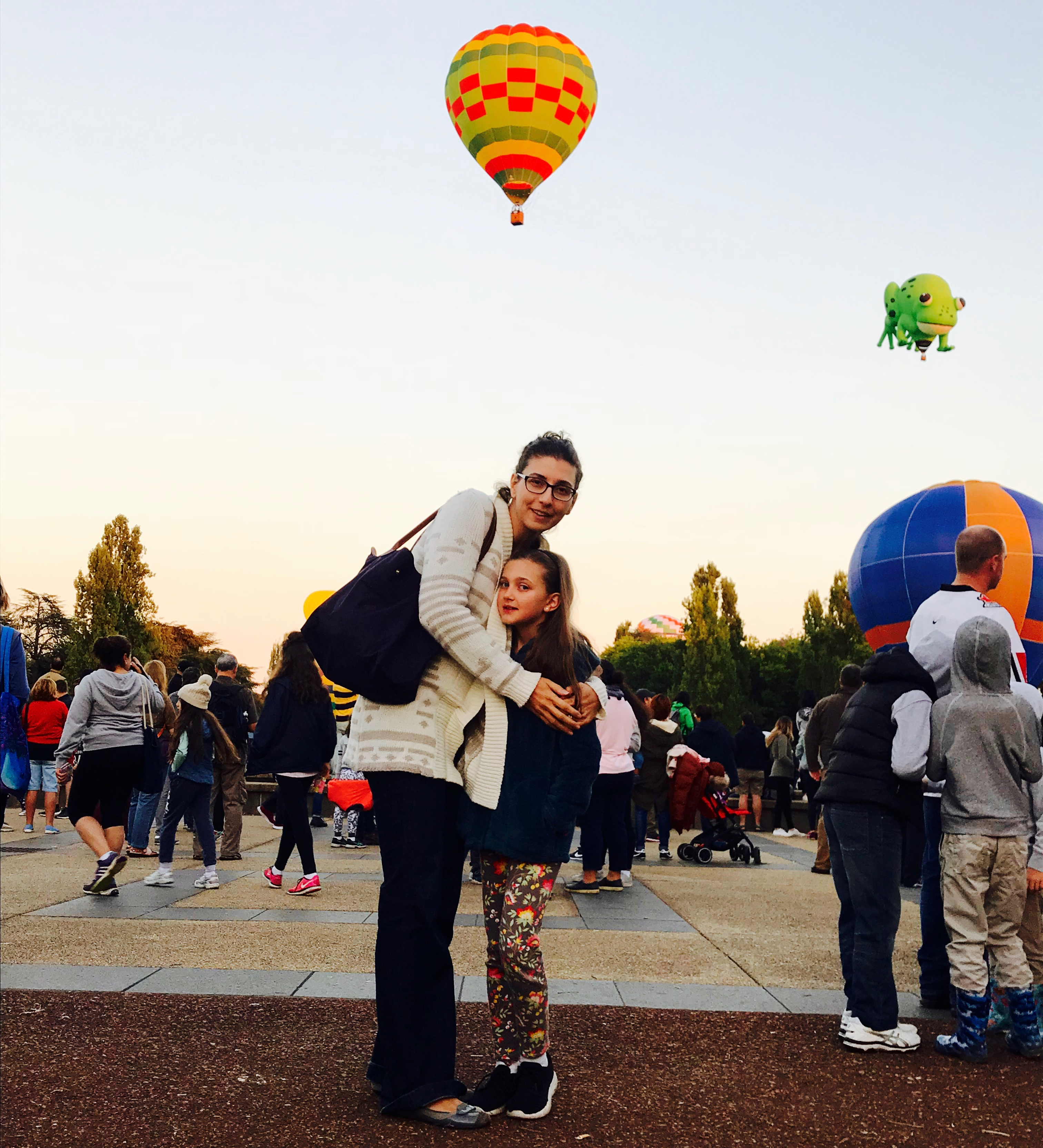 With my daughter Wila at the Canberra Balloon Festival

As a child I was captivated by stories of life on the American frontier. Through these stories I imagined taking a covered wagon across the Oregon Trail, living in a little house on the prairie or striking gold in a California boom town.

What I didn’t spend much time thinking about were the millions of Native Americans affected by this westward expansion. As I grew up, I learned this history, but I still understood it as something that happened in the past and had little relevance to modern day people or politics. It was only upon reaching university that I finally began to understand that many of the Federal Indian policies I had come to associate with an unenlightened past, were still occurring in the present. This realization had a profound effect on me. My desire to help address these injustices is what led me to my current position as a law professor at the University of South Carolina where I write on federal Indian policy with a particular focus on laws protecting Indian families and tribal sovereignty.

A large portion of my academic research focuses on a federal law known as The Indian Child Welfare Act (ICWA). The ICWA was passed in 1978 in response to the decades-long government practice of removing Indian children from their families and tribes and placing them in non-Indian homes or institutions. The ICWA was enacted to reduce these unjustified removals. Some of the most important provisions of the Act are the requirements that Indian children are placed with family or tribal members before other carers are considered, that significant efforts are taken to prevent permanent separation, and that the majority of Indian child custody cases are decided by tribal as opposed to state courts.

Indian tribes, advocates and scholars widely agree that the ICWA is one of the most significant pieces of federal Indian law legislation ever passed. The Act has kept thousands of Indian children with their families and helped ensure these children grow up connected to their families and culture. Consequently, given the success of the ICWA, it is not surprising the other Indigenous communities, particularly those with a similar history of family separation have repeatedly expressed interest in importing ICWA. Australian Indigenous advocates in particular have long sought to enact an Australian version of the Act. My Fulbright project was to explore the feasibility and desirability of enacting such a law. In January 2018, I arrived at the University of Canberra to research this question.

Indigenous Australians and American Indians occupy very different legal positions. Accordingly, although the ICWA, has been highly effective in protecting American Indian families this alone did not ensure an Australian version of the Act would produce similar results. The goal of my research was to figure out how the Act might need to change to comply with the Australian legal system and what the effect of these changes would be on the Act’s effectiveness as well as its general acceptance. This research was particularly timely because, as I learned shortly after my arrival, the Australian Parliament is currently considering proposals to relax Australia’s adoption laws and these new standards could apply to Indigenous children.

In the United States, American Indian tribes are treated as limited sovereigns. This means they have significant authority over internal matters, such as child welfare and custody decisions, but only narrow authority over most other matters. Many of the ICWA’s requirements are based on a recognition of this sovereign right to make decisions concerning the care and custody of tribal children. However, Australia’s Aboriginal communities do not enjoy recognized sovereignty. Consequently, to evaluate the feasibility of an Australian ICWA I needed to determine how the ICWA’s assumption of Indigenous sovereignty, particularly the provisions requiring transfer to tribal court, could work in Australia.

Initially, I feared the changes that would have to be made to an Australian ICWA were so drastic that they would inevitably outweigh the Act’s benefits. Nevertheless, as I continued to explore this issue, I began to see how the necessary changes could be implemented without “ruining” the Act and how these changes might actually make it more effective. To reach this conclusion I began to think about Indigenous child protection in ways independent of indigenous sovereignty and to explore legal justifications different from those traditionally used to support the Act in the U.S. Ultimately, I concluded that an Australian version of the ICWA is both legally and practically feasible.

I hope that my research will help Indigenous advocates in Australia as they work to protect Indigenous children and families. However, I also believe my Fulbright research may prove relevant in the United States. The ICWA is currently under attack. In October, a Texas district court judge declared the Act racially discriminatory and unconstitutional. This Texas case ignores more than forty years of judicial precedent yet, there is a good chance the decision will be affirmed. If that occurs, the traditional arguments justifying the Act will no longer be sufficient. New arguments will have to be put forth, arguments like those supporting an Australian ICWA.