Stuck in the Mud

Home>News and Events>Stuck in the Mud - Fulbright 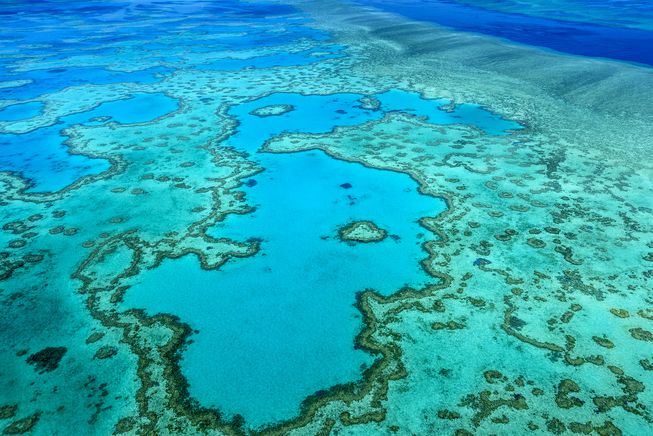 “For this, I have been recently recognized as a 2019 MacArthur Fellow, for which I am truly humbled and grateful, just as I am so grateful for the Fulbright award which started me on this path.”

I spend a lot of time in the mud. As a child with dreams of becoming a marine biologist and spending my days exploring coral reefs in clear tropical seas, I never thought that mud was my future.

After I finished my undergraduate degree (at Harvard University, A.B. 1997), I entered the U.S. Peace Corps, where I lived for two years in rural Gabon, central Africa, working with farmers to build tilapia ponds and integrate them with sustainable agriculture. It was dirty work. I would bicycle sometimes upwards of 40 kilometres a day over a red clay road that turned to goo in a sudden downpour, walk sometimes several hours through slippery rainforest paths to get to my farmers’ plantation sites, and then dig, dig, dig and pound, pound, pound to construct tilapia ponds carved out of the earth by hand.

During the rainy seasons in Gabon, there were daily deluges. I used to sit on my stoop and watch the village kids go sliding down the torrents of muddy water raging down the village road. It was then that I first started wondering about where all of that mud went.

I received a Fulbright Scholarship in 2002 to go to the University of Queensland (UQ) to put answers to this question. During this time, I had incredible mentors. I ended up choosing to work in the Pioneer River catchment around Mackay, principally through the encouragement of Norm Duke, who was investigating the curious case of mangrove dieback in the Pioneer Estuary and whether that could be related to herbicides draining off the cane farms. I spent a lot of time up to my knees in mangrove muck trying to get a handle on how runoff was changing mangrove distributions there. And Norm introduced me to the most fabulous eco-warrior, Maureen Cooper, one of the only “greenies” around Mackay fighting the good fight for biodiversity, who graciously hosted me on her bush property during all of my stays and has subsequently become like family. 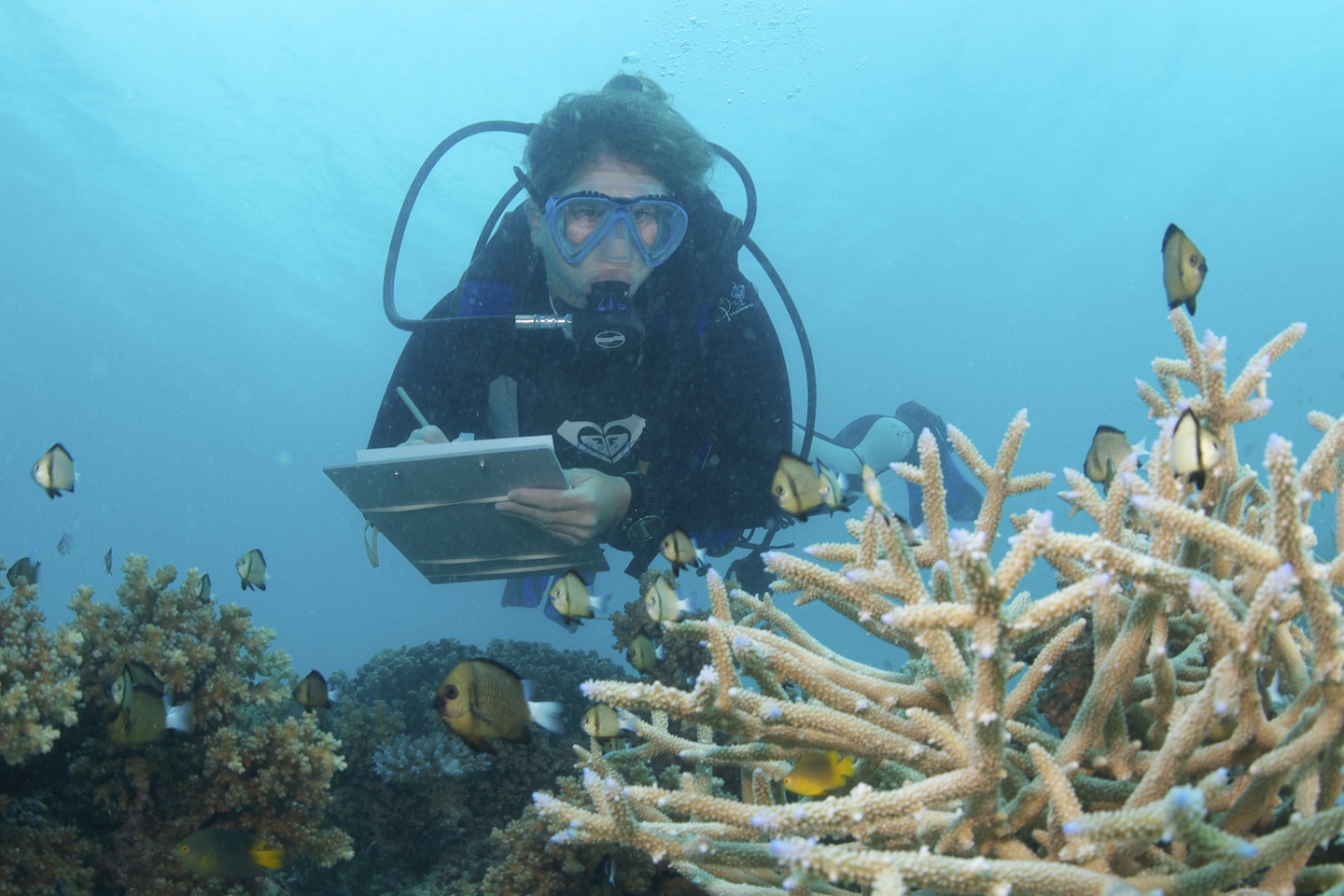 My early meetings with Ove Hoegh-Guldberg, now the director of UQ’s Global Change Institute, resulted in an extremely rewarding collaboration with his graduate student, Guy Marion, who was interested in similar issues. Guy and I teamed up to write an ARC Linkage proposal, bringing in industry partners from the local (Mackay City Council), regional (Mackay Whitsunday Natural Resource Management Group), and national (Great Barrier Reef Marine Park Authority) levels to understand how long-term water quality was changing in the Mackay Whitsunday region and its ecological impacts. Granted, as lowly graduate students, Guy and I could not be named on the proposal, so we brought in the big guns, including Ove and Malcolm McCulloch, an ARC Laureate Fellow who has conducted world leading research on environmental change, using long-lived corals as time keepers of history through geochemical records locked within their calcium carbonate skeletons. Amazingly, the proposal was funded (not bad for two very green grad students), so then we were off on our way with a very large cache of research support (and I could finally get reimbursed for all of the expenses that were loaded up on my credit card).

A subsequent NASA Graduate Student Researchers Fellowship allowed me to extend my stay in Australia, and so I spent the better part of 2003 to 2006 bashing my head into coral bommies because the visibility was so poor on the muddy nearshore reefs of Mackay, losing shoes in mangrove mud, and getting vehicles stuck in ditches while trying to sample catchment waterways, all in the name of trying to trace land-based pollutants out to the reef. While there is now broad scientific agreement that human activities on land have had significant impacts to the Great Barrier Reef (see the 2017 Scientific Consensus Statement), in the early 2000s, there was still much scepticism, especially from the agricultural sector. I think I was able to dodge a lot of the would be flack from cane farmers around Mackay just because I was a bubbly, blonde American.

As I was wrapping up my dissertation, I knew that I wanted to work for an environmental NGO in order to combine my love of community work inspired from my Peace Corps days with the new knowledge and skills that I had gained in Australia for investigating ecosystem change. Having heard great things about the Wildlife Conservation Society (WCS), I initially applied to them to work with their Papua New Guinea (PNG) marine program. As days turned to weeks and months and I didn’t hear from WCS, I happily accepted an offer from Malcolm to be a postdoc at his lab at the Australian National University in a joint position with the Australian Institute of Marine Science (AIMS), continuing the same sort of work using long-lived coral records to detect historical water quality changes. While it ended up being a relatively short stay (another position with WCS opened up in Fiji a couple years later), it was a significant one, as it was during this period that I met my now husband, who was a chef on one of the AIMS research boats. 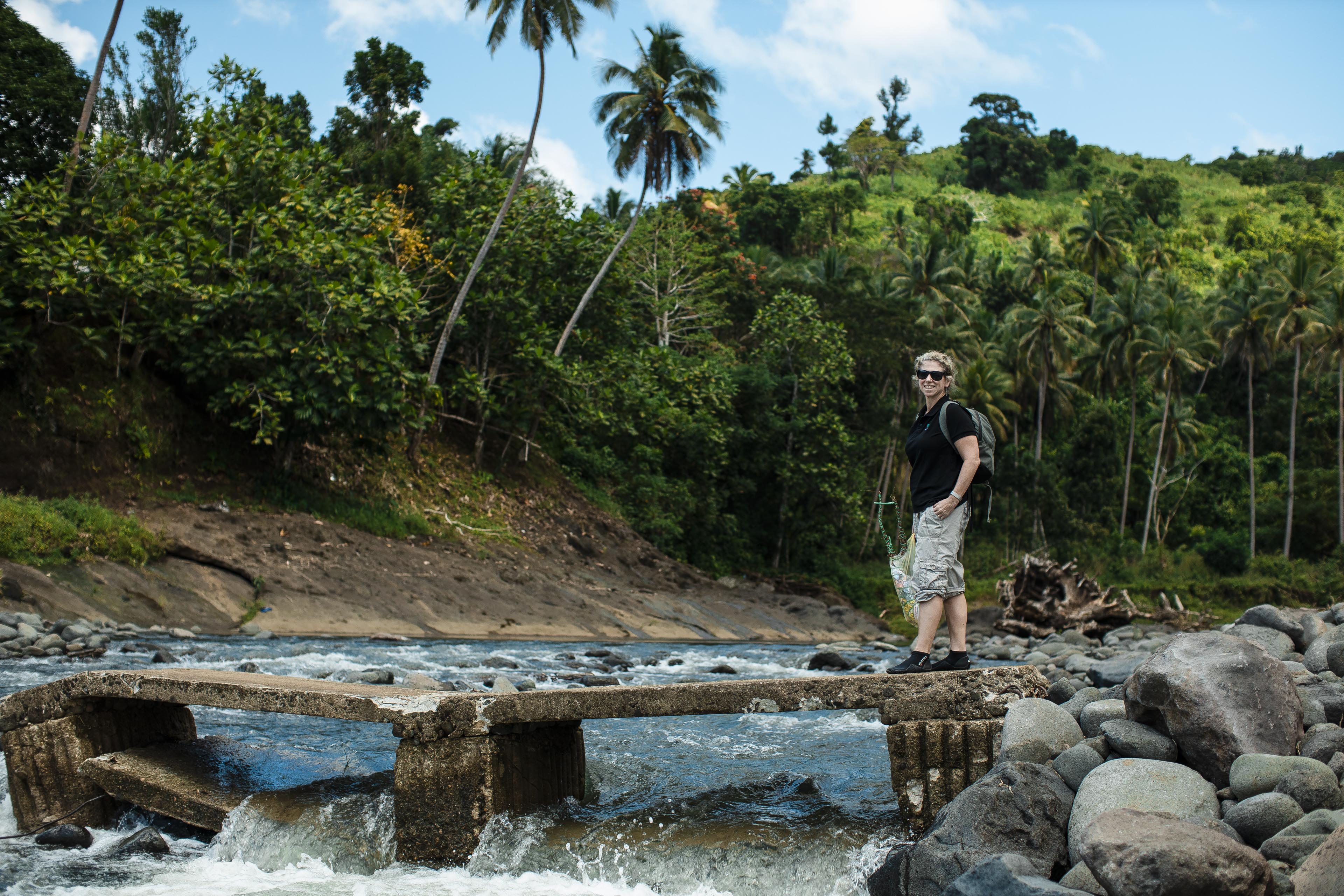 The position in Fiji with WCS was a perfect fit for everything I had worked on through my Fulbright experience. I was hired to help the team design and implement with ten local communities a ridge-to-reef management plan (to manage the mud!), which became the first of its kind for Fiji and has subsequently been replicated across multiple districts. Within a year upon arriving, I was running the WCS Fiji program, which gave me great scope to direct applied research, through which I strengthened my collaborations with the UQ. With my UQ collaborators Chris Roelfsema and Stuart Phinn, we used pioneering techniques to map the predicted spatial distributions of coral reef fish, which helped to guide the adaptation of a local marine protected area network in Fiji. I am currently providing input and feedback to their impressive project to map the coral reefs of the world through the Allen Coral Atlas.

In my present role as WCS Melanesia Director, still based in Fiji, I am now the “industry partner” on an ARC Linkage grant with UQ researchers looking at land-based impacts on coastal fisheries. Our work has shown that sedimentation from upstream logging will jeopardize water safety on tropical high islands, as well as potentially compromise food security through impacts to fish populations. These health and well-being issues are grave concerns and are what really galvanize people to action. I’ve spent a large part of the past decade using a variety of tools (e.g., comic books, puppet shows, documentaries, flash mobs, policy briefs) to communicate these concerns to various audiences and move then to action. For this, I have been recently recognized as a 2019 MacArthur Fellow, for which I am truly humbled and grateful, just as I am so grateful for the Fulbright award which started me on this path. 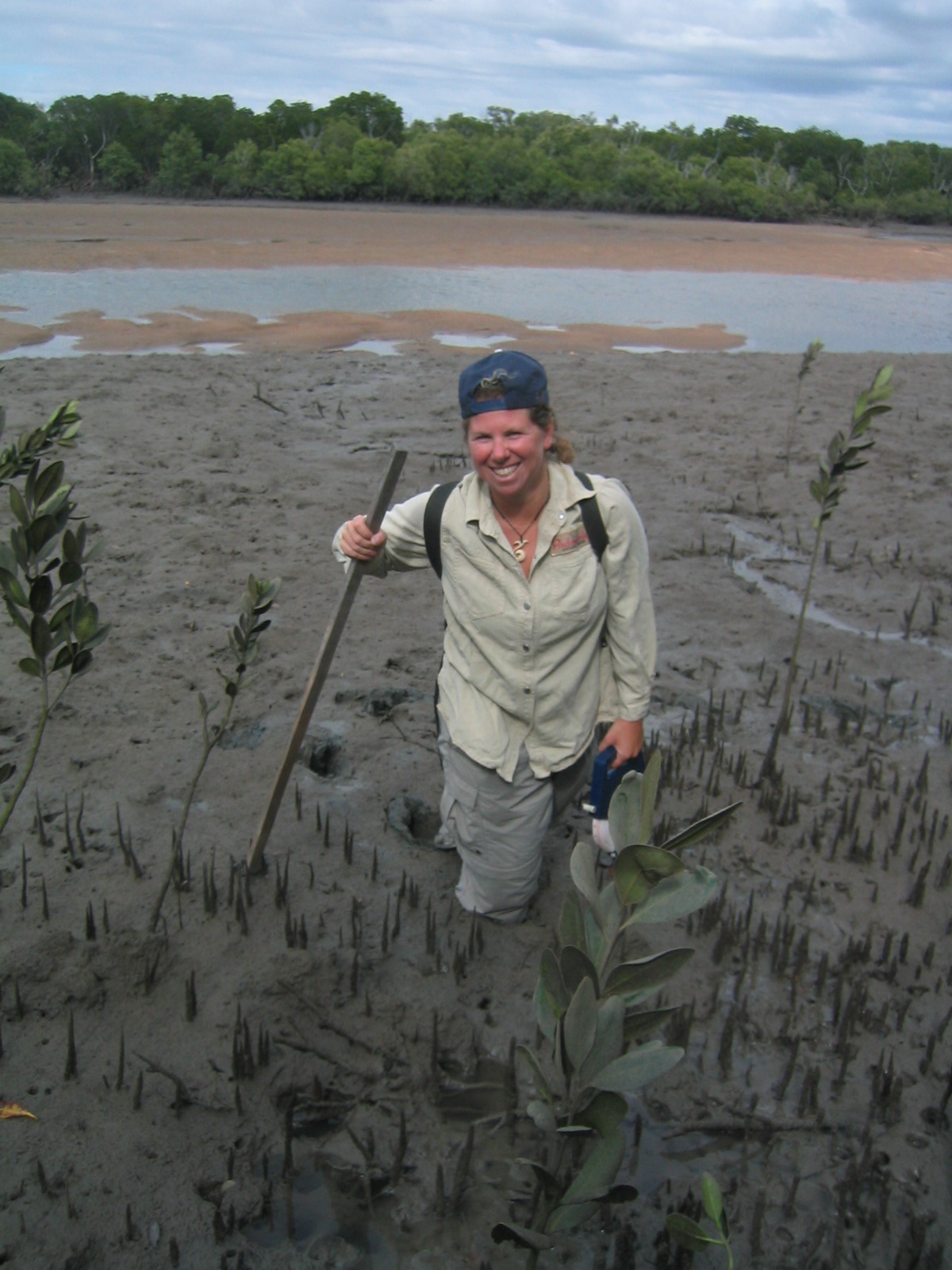 So, I have finally learned to embrace the mud and the fact that my feet will never be fully clean. A little dirt is great for the immune system. I am proud to be part of the solution to better managing the mud for the sake of a healthier planet.