In the spring of my senior year at university, I was granted a Fulbright Postgraduate Scholarship to conduct research at the IPC Classification Research Centre located at The University of Queensland in Brisbane, Australia. 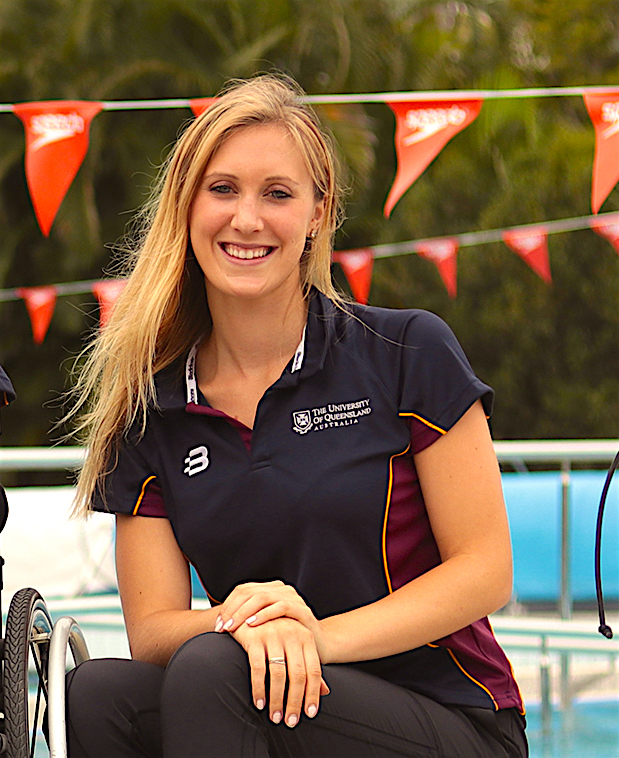 This was the first study to conduct longitudinal research on athletic identity formation amongst young adults with cerebral palsy who have high support needs as they transition from being inactive to fully involved in a performance-focused swim training program.  I conducted semi-structured interviews with the participants to provide insight into their past experiences of sport as well as capturing key moments during the program that influence a person’s constructions of themselves as an athlete. Additionally, I conducted interviews with the parents and sport trainers of the participants to develop a triangulated viewpoint of their journey through the program.

The Athletic Identity Measurement Scale (AIMS) was also distributed to the participants before each training session by one of the sport trainers. This study, first and foremost, sought to value the stories behind the data. The participants were actively involved in sharing their experiences and in interpreting the data that resulted from the measure. The research conducted at UQ suggested that there is still a prevalent stigma which positions sport as less important for young adults with physical disabilities.

The purpose of this study was to further the discussion on athletic identity formation within populations who have congenital disabilities. Furthermore, this research aimed to emphasise the influence of the created environment on athletic identity formation. This includes individualized training, invested sport trainers. and the development of a team environment. The semi-structured interviews captured the experiences of a population that is frequently disregarded within a sporting context. Participants expressed themes within their narratives of exclusionary experiences in the classroom and physical education. However, the continued efforts to investigate the stories of Para athletes will provide evidentiary support of the immense value sport holds for young adults with disabilities.

The Fulbright Program provided me the opportunity to immerse myself in another culture and to work with a population that is too often overlooked and under-researched. These past ten months have taught me about the potential research has to prioritise voices that have been historically silenced and the power to influence equitable policy changes, as well as shape inclusive environments.