Predators have been identified as the shaping force behind mutually beneficial relationships between species such as clown fish and anemones, or bees and flowers. The finding results from a University of Queensland and Deakin University-led study.

UQ School of Biological Sciences Research Fellow and Australian-American Fulbright Scholar Dr William Feeney said the research aimed to understand the origin of such relationships, known as interspecies mutualisms, which are extremely common in nature.

“Clownfish – like Nemo from Finding Nemo – and anemones are a great example of this type of relationship,” he said.

“Clownfish live in and around anemones, helping drive off the anemone’s predators and providing it with food, while in exchange the anemone provides protection with its stinging tentacles.

“Clownfish have evolved to resist the stings of the anemone, so it ends up being a very beneficial relationship for both species.”

“We tested and confirmed a very basic and intuitive – but logistically difficult – idea in evolutionary ecology,” Dr Feeney said. 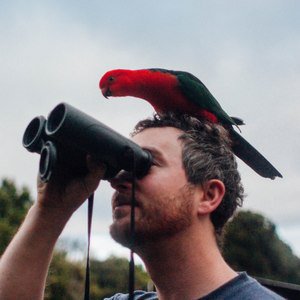 “In a nutshell, we were looking to find out whether external pressures, such as predators, can explain the repeated evolution of these kinds of mutually beneficial partnerships.”

The research combined genetic analysis with field experiments in French Polynesia to build a better understanding of fish-anemone mutualism dynamics.

“This is much more common that previously thought. Over a quarter of coral reef-associated fish families have at least one species that associates with anemones,” Dr Brooker said.

“Our results suggest that the risk of predation has selected these relationships, and that partnerships with anemones primarily benefit smaller fishes.

“Overall, this study suggests that predation can explain the independent evolution of cooperative behaviours between species, and that this evolutionary pattern could apply globally.

“If you can’t find Nemo, it might be a good idea to go rummaging through the tentacles of his anemone friends.”