Home>News and Events>The Space Between - Fulbright

“Hi, how you goin’?” The majority of my conversations in Australia began with that simple phrase, and there were a lot of them. While on my Fulbright at the University of New South Wales in Sydney, Australia, I made a point to speak to someone I didn’t know almost every day. I spoke with renowned scientists, artists, surfers, and investment bankers, to name but a few. Each conversation taught me something new about the person I was speaking to and, consequently, about Australia. We would chat for anywhere between a few minutes to several hours and then go our separate ways. I viewed these conversations both as a responsibility and a privilege of being a Fulbrighter. I knew these conversations would be an essential aspect of my experience in Australia, but surprisingly, the space between these conversations is where I grew the most. 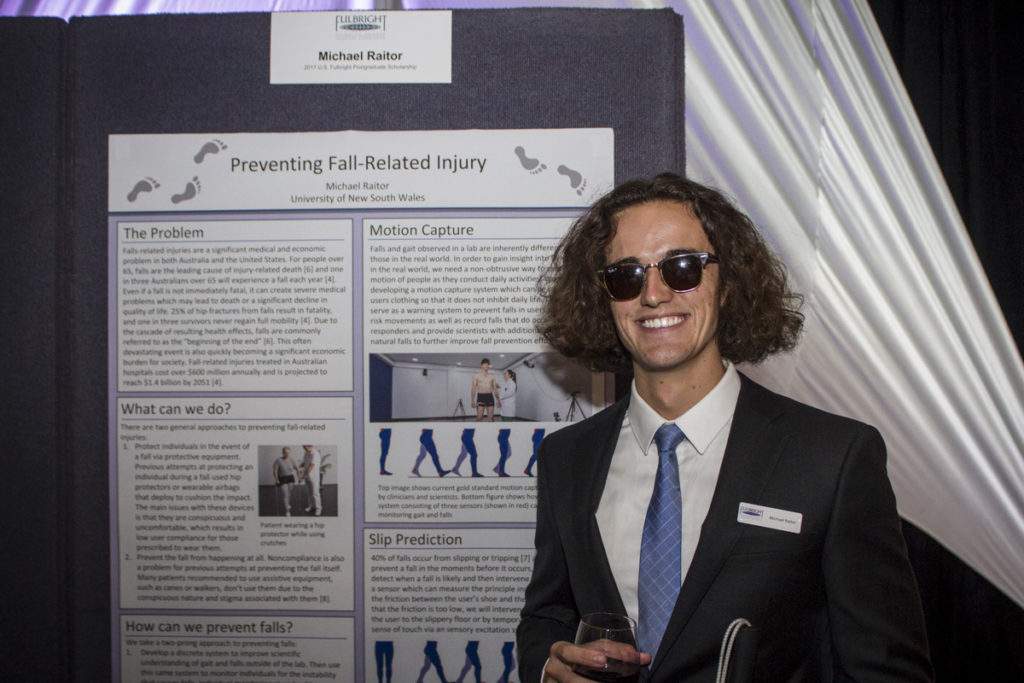 The space between these conversations is the time I deliberately left empty in my schedule to wander through the city, stretch out on the beach, or sit in a café with a flat white while mulling over what I had learned in the most recent interaction. These conversations often put a magnifying glass over my faults, biases, and gaps in knowledge. Spending time reflecting in the space between these interactions gave me the opportunity to address my shortcomings and work to fill my gaps in knowledge. I refer to “the space between” rather than “the time between” because it wasn’t just unscheduled hours in a day, it was time I deliberately spent in a mental workspace reflecting and studying. Whether I was following a recommendation to watch a classic Australian film, reading a textbook on the psychology of cultural biases, or perusing Aboriginal legends, taking advantage of the space between these conversations was just as important for me as the conversations themselves.

Making the most of this space undoubtedly helped me grow as a person and researcher. I would also like to believe that in some very small way it helped me close some of the cultural space between the U.S. and Australia. I specifically call out the importance of the empty space I left myself during my Fulbright because as an academic, intentionally leaving myself unscheduled time was entirely against my nature. It was well worth the effort. I can say with absolute certainty that this space is what transformed my Fulbright from another interesting experience, to an adventure that changed the trajectory of my life. As my Fulbright draws to a close, I felt it was important to share my own experience of surprise and appreciation for the growth that can happen when you get out of your own way and give yourself the chance to grow in the space between.