The ongoing educational inequity among Aboriginal and Torres Strait Islander and Native American children will be examined as part of an international research project proposed by Professor Maggie Walter, University of Tasmania Pro Vice-Chancellor (Aboriginal Research and Leadership), as part of her 2018 Fulbright Indigenous Scholarship.

The scholarship allows Professor Walter to lead a bilateral study, where for the first time, comparative data on the educational outcomes of Aboriginal and Torres Strait Islander and Native American children will be analysed.

“In both Australia and America, Indigenous children are still underachieving educationally, leading to reduced life chances across a myriad of socio-economic and health dimensions.”

“What we do know is that Indigenous children in both countries are very similar in not achieving to their potential and many of the issues are exactly the same including poor infrastructure, low expectations and programs which are not designed to meet Indigenous children’s needs,” she said.

“There is a paradox of data out in that there is a multitude of data about Indigenous people, but little of the data we actually need. For example, we have nothing on how our children are transitioning from primary to secondary school. 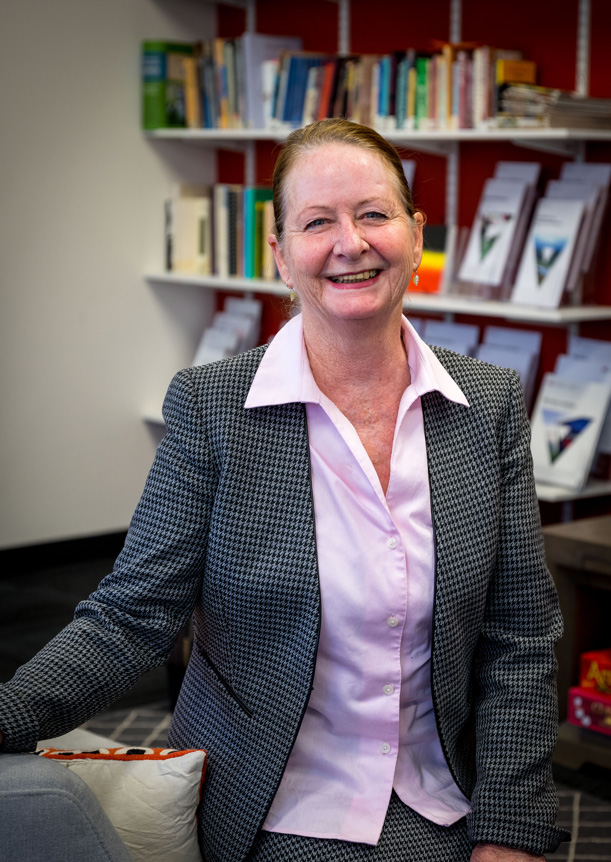 “For researchers and policy makers alike, education is key; for both explaining some of the intransience of Indigenous inequality and redressing that inequality.

“Ultimately we want our children to achieve at an appropriate level and not be burdened by poor educational outcomes.”

Professor Walter will conduct a comparative analysis of education data and policies using the National Centre of Educational Statistics in Washington on Native Americans Children’s Education, and the Australian Longitudinal Study of Indigenous Children.

She will work with leading Native American education scholars Professors Bryan Brayboy and Tsianina Lomawaima at Arizona State University (ASU) in the US.

Professor Walter said central to the project, is developing a network of collaborations, and growing the number and research capacity of Aboriginal and Torres Strait Islander and Native American scholars working in the field of education.

“If we can leverage our knowledge and work together, rather than individually, we can build a network of researchers who can share information and exchange ideas and resources,” Professor Walter said.

“We want to build a body of research that underpins a cross-national network, where collaboratively, it can directly inform policy makers.”

Professor Walter will travel to Arizona State University in September this year to conduct the project.

The Fulbright Indigenous Scholarship is Sponsored by the Australian Government, Department of the Prime Minister and Cabinet.