The Australian-American Fulbright Commission would like to congratulate the 2015 U.S. and 2016 Australian Scholars and Students on their formal induction into the Fulbright program. This year 30 Australians and 16 Americans from a diverse array of academic backgrounds were awarded Fulbright Scholarships. Candidates were selected from all levels of academia and industry from Postgraduate, Postdoctoral and Senior Scholars to Professional and Distinguished Chair awardees.

The week began with a comprehensive orientation program which included sessions conducted by a range of stakeholders from staff, board members, Alumni and embassy officials on a variety of topics from governance to scholar management. 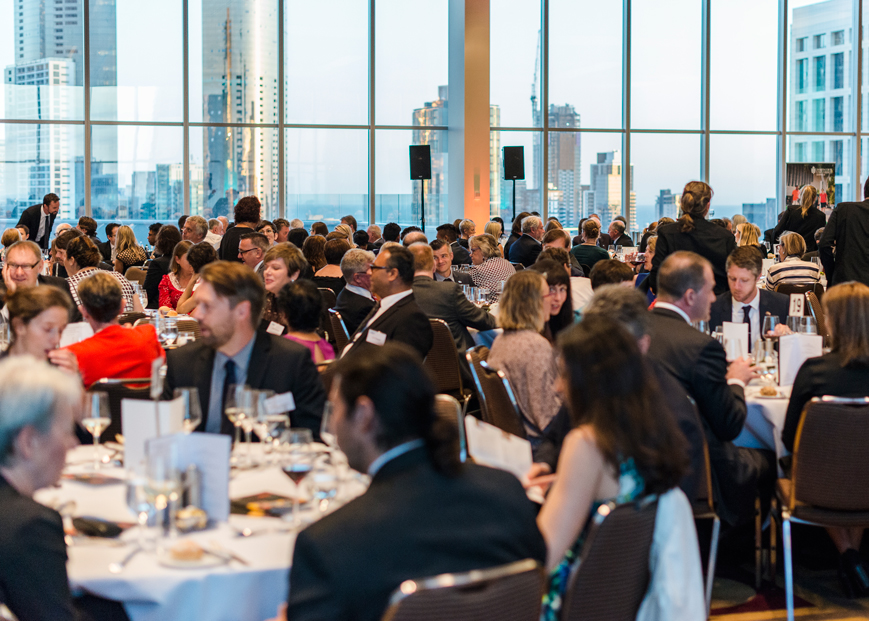 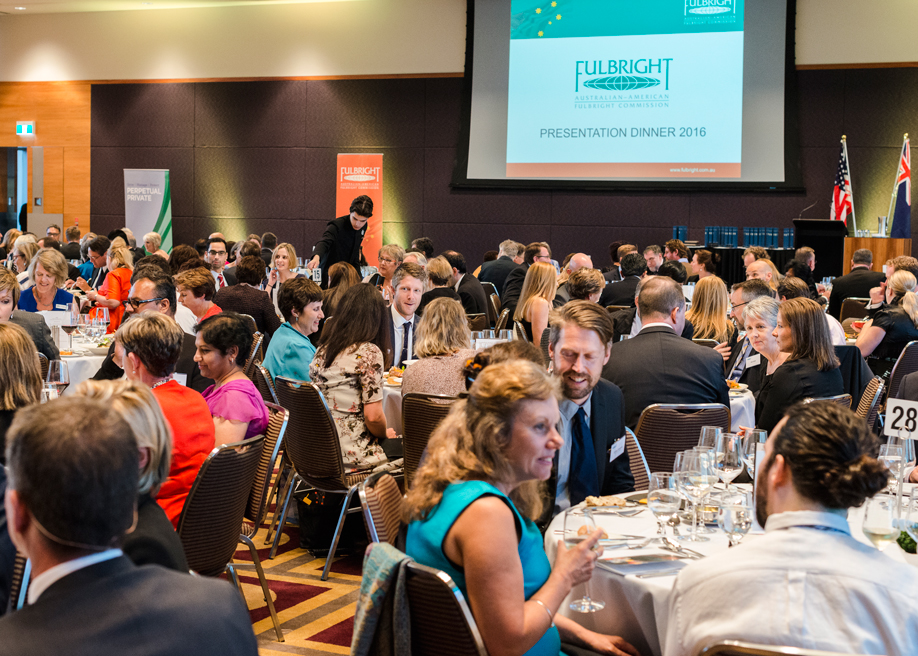 The Fulbright Scholar Showcase is a signature event within the Fulbright calendar when the newest cohort of Australian and U.S. Scholars can collectively present their research objectives and aspirations to their peers, Sponsors, and distinguished guests of the Fulbright Commission.

This year’s Showcase was held in the club Pavilion at the RACV City Club, Melbourne. U.S. Consul General Mr Hugo Llorens, who has been a long-time supporter of the Commission and has dedicated a great deal of time to supporting the Program, delivered opening remarks and opened the proceedings. Guests were invited to mingle and engage with our Scholars, as each explained their various research projects with the aid of posters that they had prepared.

“We are very grateful to the Australian and U.S. Governments, along with our various Sponsors, for allowing us to further the aspirations of this incredible group of students, academics and professionals.”

The 2016 Fulbright Scholar Showcase proved once more that academic collaboration and cultural exchange between Australia and the United States can produce truly remarkable results.

The 2016 Presentation Dinner is a signature event on the Fulbright calendar as we present each Scholar’s success to the Australian community and share in their celebrations. This formal dinner is hosted by the Fulbright Commission and its Board of Directors.

This year, the Dinner was held at the RACV City Club’s spectacular Level 17 Ballroom. Guests were treated to a delicious meal and a panoramic view of the Melbourne city skyline, while the Scholars were awarded their certificate and Fulbright Pin.

The proceedings were opened with a Welcome to Country from Professor Shane Houston, Deputy Vice-Chancellor, The University of Sydney, and the National Anthems were performed beautifully by vocalist Ms Stephanie Mascetta.

From there, the proceedings were led by MC, Professor Don DeBats, Director of the Centre for United States and Asia Policy Studies at Flinders University and Chair of the Australian-American Fulbright Commission’s Board of Directors.

Honorary Co-Chair, His Excellency Mr John Berry, U.S. Ambassador to Australia delivered a captivating keynote speech to an audience of dignitaries, Partners, Sponsors, and distinguished guests of the Fulbright Commission, then presented the Scholars with their certificate and Fulbright Pin alongside Mr Craig Robertson, Deputy Secretary, Higher Education. 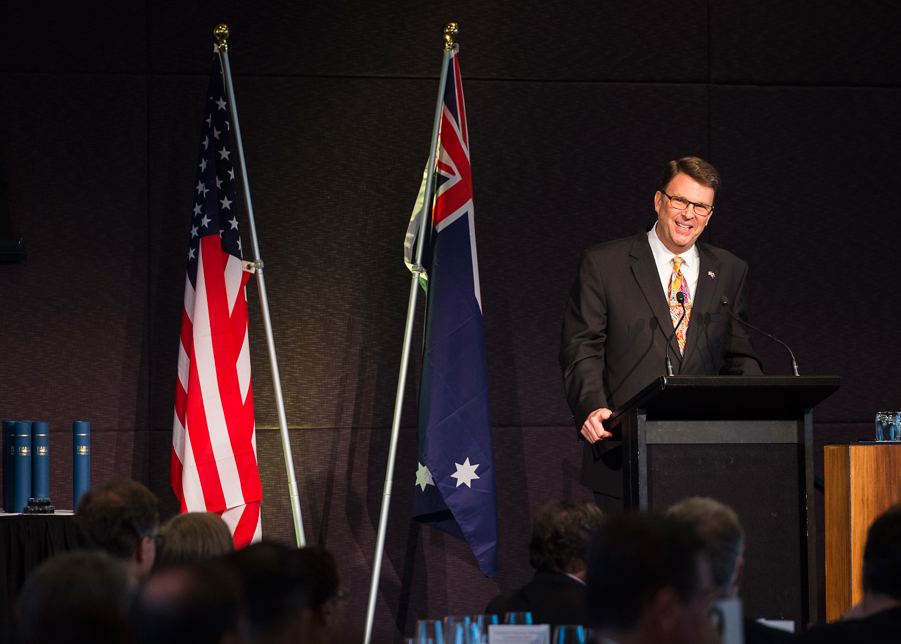 The final segment of the evening was a special farewell presentation to outgoing Executive Director of the Australian-American Fulbright Commission, Dr Tangerine Holt. Professor Debats acknowledged the enormous contribution made by Dr Holt during her five-year tenure, including the procurement of close to $13 million in funding and sponsorship.

Dr Holt was then presented with a special gift from the Board of Directors and Commission staff.

See our photo gallery for a full album of images from the event. All photos were taken at the RACV City Club, Melbourne on 25 February 2016 and are reproduced with the permission of the Public Affairs Office at the Australian Government, Department of the Prime Minister and Cabinet, and the U.S. Embassy.